Drones have become a popular hobby and activity for a variety of people. Whether you want to use a drone for taking aerial pictures or for racing, there’s a lot to look forward to, but there’s also a lot to know about these flying contraptions. So before you start researching the best models and thinking about all of the exciting things you can do, consider borrowing a drone from Yuzit’s sharing economy app.

Yuzit’s mission to help you rethink how you purchase products. Take drones, for example, which can be upwards of thousands of dollars, there’s a good chance that someone in the San Diego area has a drone that you take out and test drive. This saves you the hassle of researching, buying, trying it out, and potentially deciding that you don’t want it.

So what should you really know about drones before making a final purchase? 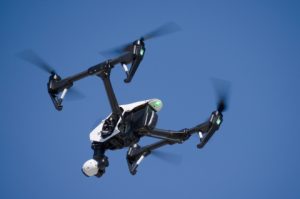 Understanding simple acronyms can help you find the right one for your needs.

A lot of drones will advertise that they are easy to fly, but are really not at all. The experience you have flying the drone will depend on the internal computer, or flight controller. These can be designed for maneuverability and others are better for stability. Either way, less expensive drones are commonly harder to control since they don’t come with high-powered sensors and controllers.

A drone is considered to be an Unmanned Aircraft System by the Federal Aviation Administration (FAA). Any drone that weighs more than half a pound and less than 55 pounds needs to be registered and an identification number must be displayed on the drone.

The FAA issued guidelines in 1981 for operating a model aircraft, so there are federal rules that must be followed, even with smaller, less expensive drones. Anyone flying a drone needs to keep it a maximum of 400 feet above the ground and within eyesight. And if you live around an airport, there will be a five-mile no-fly zone. Be careful to read the guidelines thoroughly for other laws.

It might look like fun to play around with a drone, but there are steps to take and laws to follow before you can get to this point. With our sharing economy app, you can instead borrow one from a neighbor or someone in your community and test it out before you spend time and money on buying one.

When you hear the phrase “sharing economy,” you may think about Airbnb or Uber, which are both fantastic organizations, but Yuzit wanted to take it a step further and connect you with the people around you. Instead of heading out to your favorite entertainment store to buy a drone, check out our sharing economy app first. You may find the same drone you were thinking about buying so you can test it out first.